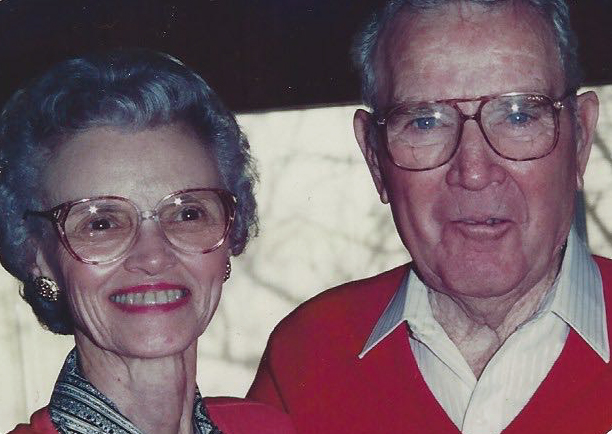 Married in 1962, the Caldwells bought their first home together in Los Alamitos in August of 1963. They quickly became much more than mere neighbors to the folks living in the Dutch Haven community. Tex and Lorraine were surrounded by a wide circle of kids and adults alike who came to know and love them more as parental figures, best friends, mentors, confidents, and most gracious hosts, to name a few.

Both Tex and Lorraine had been raised in small towns, she in Central City Iowa, he in Aransas Pass, Texas. And after they decided to make Los Alamitos their home, they wanted nothing more than to recreate the kind of small town charm they grew up with and so appreciated. And they did… in this brand-new neighborhood, full of hopeful young families who immediately took to their warmth, generosity and kindness. They fostered trust – so much so that eventually they possessed the keys to almost everyone else’s homes, watched their animals and watered their plants. They were literally the hub of this up-and-coming Dutch Haven neighborhood.

And some might say they were “kid magnets” as they became surrogate parents and grandparents to many of the neighborhood kids and young adults. In fact, on most days, a few of the neighbor boys would carefully listen for the curb feelers on Tex’s car to scratch the pavement as he arrived home, then quickly follow him into the house, lunch box in hand. Once inside, they would each get a warm greeting and a piece of candy from “Miss Lorraine”. Priceless memories were created in such moments, and thankfully, there were many.

In the early years, they hosted countless dinner parties as Lorraine especially loved to cook and play host to friends, neighbors and loved ones. They even helped arrange having the street officially blocked off for their annual 4th of July block party, where everyone would merrily eat, drink, and be social. Later, they’d all watch as the fireworks erupted over the naval air base, an exciting ending to another memorable day.

Tex and Lorraine had many hobbies, many of which, like gardening and baking, they enjoyed together. At Christmastime, it became a ritual for Tex to make his favorite fruit cake and Lorraine her famous cookies – which they happily shared with everyone. They had no local family, and on holidays were known to invite friends and acquaintances who were alone to join them, sometimes as many as a dozen or so. Their home was always open to neighbors – for a meal, a shoulder to cry on, or – on occasion – a stern talking to.

They loved to walk the neighborhood, doing so regularly while stopping and talking to all who crossed their path – a habit that made them known by the entire neighborhood, if not by their names, surely by their faces. Tex and Lorraine were the most gracious, warm and loving people you could ever imagine, always focusing on building relationships. They helped anyone in need.

The Caldwells, while financially conservative, contributed regularly to causes close to their hearts. But it wasn’t until 1993 that, together, they determined who would be gifted their estate once they passed. It was a neighbor, Dorothy Blan, who initially introduced Lorraine to Casa Youth Shelter. Upon touring the facility, she quickly became very impressed with the work they did for local children in trouble, something very dear to both her and Tex. Ultimately, they endowed the organization with a significant portion of their estate, a gift they knew would undoubtedly touch the lives of many youths for years to come. And how right they were.

Just as they did in life, Tex and Lorraine are continuing to inspire and tend to their community. Money from the Caldwell Trust is helping Casa Youth Shelter meet the needs of youth and families throughout the area. With the 2018 acquisition of the property adjacent to the original shelter, Casa Youth Shelter is putting the Caldwell’s generous donation to excellent use. If you are interested in seeing for yourself what so moved the Caldwells all those years ago – and exploring the new expansion – please come visit our Awareness Through Art Open House. 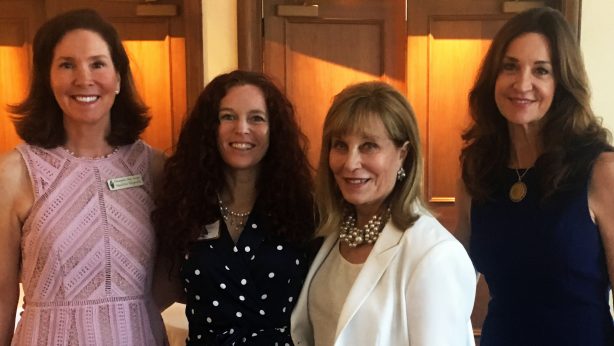 We are ever grateful for our ongoing partnership with Orange...

Support Casa Youth Shelter with your gift to Long Beach Gives on 09.24.20

We’re proud to participate in Long Beach Gives, a one day giving campaign to encourage support and advocacy for select organizations in our local area.

With all of us pulling together, we can make sure youth in crisis get the food, shelter and support services they need.

(You will be redirected to the Long Beach Gives website to make your gift.)